Oroville Dam is the tallest dam in the United States. On February 7, 2017, a section of the concrete chute slab of the service spillway failed during spillway discharge, and several days later the emergency spillway was activated for the first time in the half-century history of the dam, resulting in rapid and severe erosion of the hillside below the emergency spillway weir, and prompting precautionary evacuation of nearly 190,000 downstream residents. The Federal Energy Regulatory Commission mandated a forensic investigation of the incident. This webinar will serve as a “Part 2” continuation of a prior ASDSO webinar, “Findings of the Oroville Dam Spillway Forensic Investigation,” which presented an overview of the findings by the six-person Independent Forensic Team. It will also expand on the discussion of human, organizational, and industry factors contributing to the incident, beginning with the design of the project and continuing until the decision-making during the incident response. 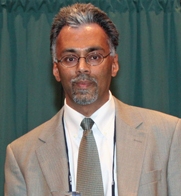 The Spillway Failures and their Consequences

Review of Physical Factors Contributing to the Spillway Failures

Review of Lessons to be Learned